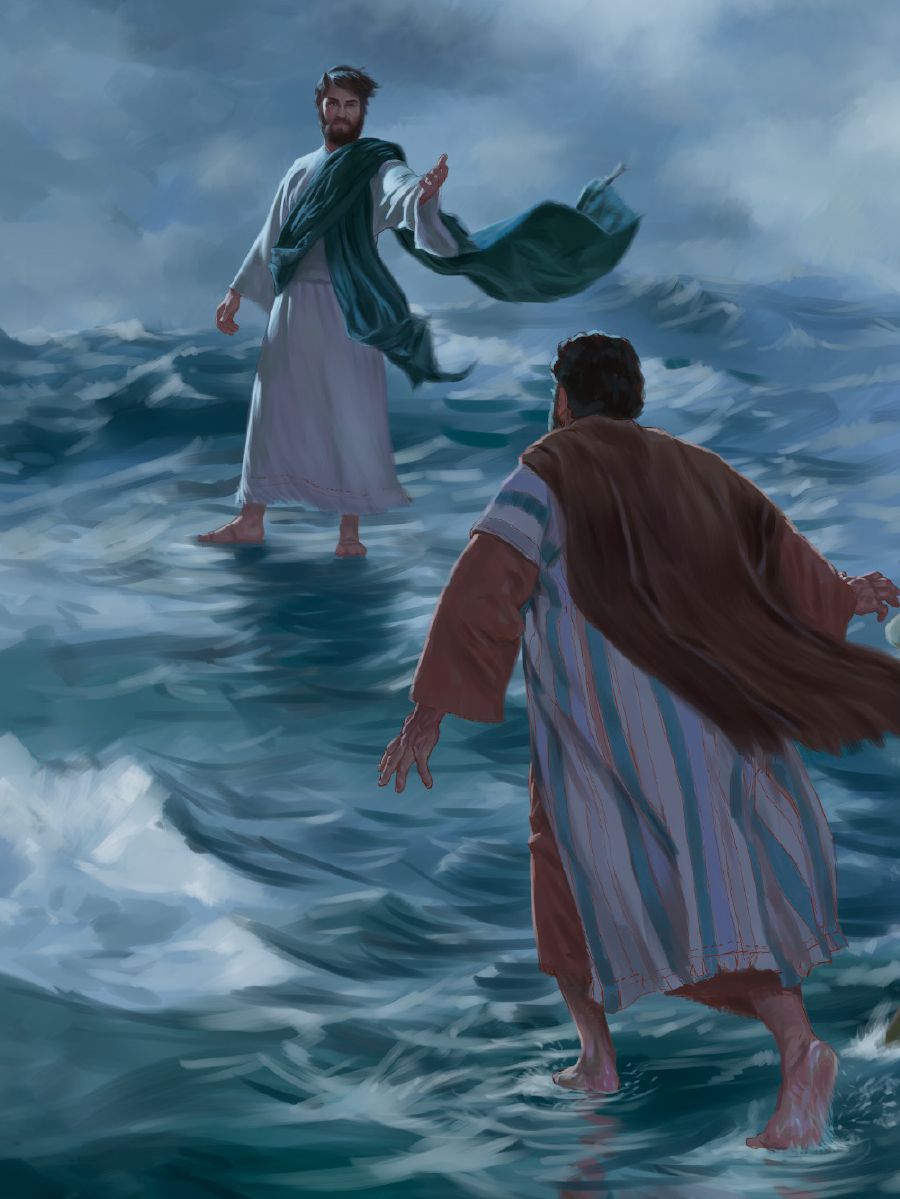 There comes a time in any Christian Believers life when the act of walking by Faith and not by sight is put to the test. Do we really believe the word of God as it says in 2 Corinthians 5:7. My husband and I have had many opportunities to live this out over the years. It has looked like many different things over the years for us. But some of the biggest opportunities to walk this out is when He calls on us to relocate. In the last almost twelve years of our marriage it seems to be between South Carolina and North Carolina.

When He speaks to us that it is time to uproot and move there is always an excitement as well as an anticipation of the unknown. Each time this happens we always discover that some of the Faith muscles that we thought we had developed got a bit of atrophy as we hadn’t exercised them in awhile. He begins to exercise them and as with the start of a workout routine your muscles are sore. But as you continue to workout and exercise those muscles they become stronger and stronger and they no longer are sore. He exercises our Faith muscles and makes us stronger.

My husband and I were living in Greenville, South Carolina and God called us to relocate to Greensboro, North Carolina. This was quite a bit of an unexpected transition, however my husband and I have always been willing to go wherever He calls us to go no matter how uncomfortable it may be or how comfortable we are. And I just want to mention we both had gotten very comfortable in Greenville, South Carolina. My husband worked for a local ministry there and I was working and running my own business as a Hairstylist. We were also building family and community in the church we attended there as well as serving as leaders of a small group.

God put it on our hearts not to renew our lease where we lived back in June. We began looking for the new place that we would live. Our prayer was for a place that was bigger so that we could entertain and love on our family, friends, and neighbors. So we began to look for that place. As time went on it seemed the more we looked the more the doors were not opening up for us to find a place. We would call on a place and either not get a return phone call or the place was rented out. I will be transparent and tell you this was a bit frustrating for me at times as I like to plan. But I couldn’t plan this next step.

Time went on and we still were praying and believing and dreaming for that new place. Time went on so much so that it was getting close to our move out date. God put it on a sister at our churches heart to open up their home to my husband and I. They had just finished a one bedroom/one bathroom suite in their home. And as the Lord would have it that is exactly the provision He made for us. So we moved forward into this transition.

This was a change for the both of us as we were used to being in our own home and this was a home with seven other people living in it. We learned a lot in that time and got a front row seat view of what it would be it like to have a family of our own. It was a beautiful time of growth for the both of us. It was challenging but we are thankful for that time and how the Lord grew us and worked those muscles even when it hurt. We lived there for a total of four weeks.

We continued to look for that place we were dreaming of and nothing was opening up for us. We battled discouragement in this time but God always reminded us of His word and promises and we pressed forward knowing something was going to happen. One morning as I was spending time with Him and praying I asked the question of where He wanted us to go next. My husband and I went for breakfast and during that time we got a text during that time from another sister in our church saying that her and her husband wanted to open their home to us for the month of August. So after praying we realized this was our provision again from the Lord and we moved again to their home.

Just before we moved to their home my husband and I decided to go to a special place in Greenville, South Carolina and took some time to pray.  We cried out to God during this time. We both were a bit tired and a little weary as things were not exactly working out the way we wanted them to. We went to just seek His face. During this time He put a family member on our hearts that recently moved to Greensboro. She had been asking us to come up and visit for a weekend but we hadn’t been able to. We called her up and she was away and allowed us to use her home for the weekend. We really wanted to just get a weekend away together not thinking of what would take place next.

We came up that weekend and experienced a bit of an unexpected nudge from the Lord that this was where He was calling us to be. We had such a peace and contentment come over the both of us to began to organize things in preparation to move to Greensboro. We returned to Greenville on Monday and began that process. We stayed with the second family that offered up a place for us for a little more than a week and then moved up to Greensboro with our other family member and we are currently residing there. Still praying, believing, dreaming, and looking for that place of our own where we can love on and entertain people.

What’s the point of the story. Sometimes things don’t always work out the way we plan or think but in the midst of it God knows exactly what we need. Ultimately we are following Him and He has gone before us and continues to work those Faith muscles. He knows are hearts desire and the things we dream of and He cares and desire to bless us. He is not a frustrating Father and He gives good gifts to His children. We hold onto those promises and we move forward still loving Him and looking for Him in every circumstance and thanking Him in the midst of it. Growing and learning. He is good! He is worth it!

Published by A Life Being Transformed

I’m a woman living in the middle of the south rediscovering myself after a near death experience of having a chronic illness being transformed by walking away from what has been seared into my subconscious by life circumstances, the expectations of others and organized religion. View all posts by A Life Being Transformed

8 thoughts on “Walking By Faith and not by Sight”